It turns out this blog recently had its first birthday, and I missed it. To be real, I’ve missed a lot of things in the past few weeks and even months. My last post on here was pre-my daughter’s 21st birthday and Christmas. Jamie’s 21st was on a catastrophic fire day. We had most of the party inside, as planned, but headed outside for the formalities and cake-cutting because the Southerly had come through and dropped the temperature from the 46 degrees Celsius with which we started the party, down to a figure around half that.

With the Southerly came some pretty hectic ember attack behaviour from the Currowan fire, that blew embers 11km into town and started a new fire in Worrigee. That fire, in turn, started to blow burned leaves and ash into our backyard, about another 10 km away. Which was very festive. Always a nice moment when you have to suggest that the guest of honour change out of her flammable-looking outfit. 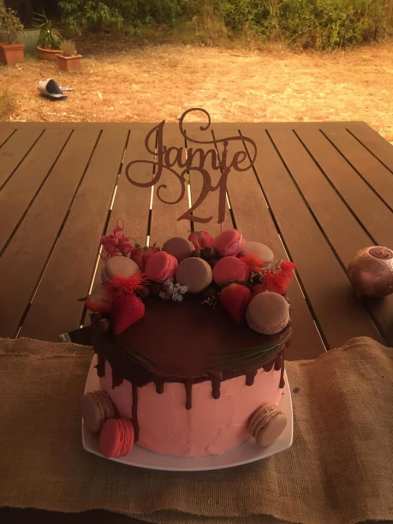 Cake by Heidi at Cafe on Campus (and decorated by Jamie) 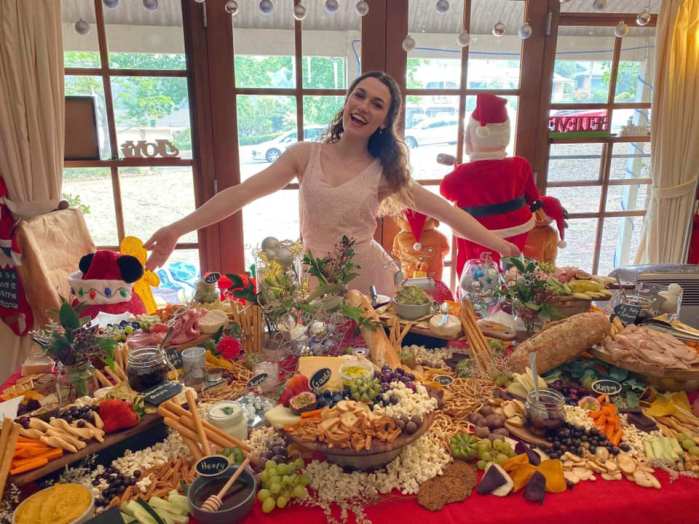 Indoor graxing table she whipped up herself …

After that, we of course had Christmas and it was pretty calm, all things considered. Santa came past on a fire truck, which was a relief, because I really though the truck would be otherwise engaged.

A couple of days after Christmas we had a community briefing where we were told that the fire was breaching all containment lines and would inevitably jump the Shoalhaven River. A day after that, the SES doorknocked our street and showed us the projected path of the fire on a map. On both occasions, we were told that properties would not be defended. This was not the kind of thing you could put people in front of, even if there were enough appliances.

So we decamped to the kids’ place in Wollongong on December 30. I naively thought it would be for two days, and didn’t take any work clothes. We were away for almost two weeks.

In the interim, fires came within a few kilometres of our campuses at the Southern Highlands, Batemans Bay and Bega, as well as in the Shoalhaven. Some staff and students lost everything. UOW Bega became a place for students and staff to shelter. Batemans Bay campus become an overflow evacuation centre. On New Year’s Eve, our Admin Assistant Nicky Bath wound up hosting a slumber party for 300 people, most of whom were strangers and very frightened. She did such a great job that a local retirement village and the Disaster Welfare team organised for her to host their evacuated residents a few nights later.

Since then, we’ve had torrential rain, and even had to close a campus owing to flooding in the area. It has put the fires out. The clean up phase has begun, but rebuilding is a while off yet. Our communities are hurting. But they are resilient. Our impacted students have re-enrolled, which is remarkable.  We’re offering them what support we can, be it financial (emergency grants), emotional (through counsellors, student support advisors, campus managers and a welfare calling campaign), or practical (replacing lost uniforms or textbooks, loaning out laptops).

And to finish on a very positive note: we also have available scholarships for students who are new to UOW and intending to study at a regional campus. Destination Australian scholarships provide $15 000 per year for the duration of a new student’s degree. This is a great opportunity for people who want to study, and want to stay local. We have five available at each regional campus (Batemans Bay, Bega, Shoalhaven and Southern Highlands) for domestic students. Applications close this Friday – click on green hyperlink above for details.

I live and work on the South Coast of New South Wales, Australia. I work in the higher education sector. My educational career has traversed Arts (Literature, Japanese, and Cultural Studies), Secondary Education (English, Japanese & Special Education), Learning Development (Disability Support) and Higher Education (Regional). I'm unapologetically interested in advocacy, politics, and popular culture. When I'm not at work, you can find me wrangling two adult children, myriad pets, and one long-term spouse. Opinions are my own. View all posts by kmcmahoncoleman

2 thoughts on “Fires and Floods and Scholarships … Oh My!”